The Trips Every Sporty Girl Absolutely Needs to Take

Millennials wish they could take more sporty getaways, according to one new survey. We’re all about livin’ with no regrets, so submit those vacation days stat—these trips are worth it. 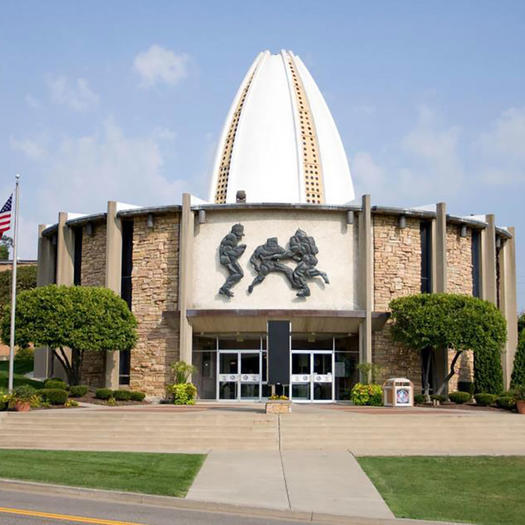 Being hit by the travel bug is real: According to a recent Priceline survey, 85 percent of millennials regret not being able to travel as much as they’d like, and 35 percent of those peeps wish their vacays could take them on a sporty getaway. One locale sports fans will love? Northeast Ohio—well worth the trip for football fanatics, especially at the height of a new season. Stay at McKinley Grand Hotel in Canton (where the NFL was founded in 1920), and book the Football Package for complimentary breakfast and tickets to the Pro Football Hall of Fame. There you’ll pay homage to the sport’s legends through interactive exhibits, like the Instant Replay Booth Experience that lets you go under the hood and play referee on controversial calls. When you’ve gotten your football fill, head to Cleveland to check out the Rock & Roll Hall of Fame and keep the sports-music flowing (come on, you know you warmed up to Queen’s “We Will Rock You” more than once). End the day by getting in the holiday spirit with a visit to the A Christmas Story House and Museum—yes, the leg lamp is there. 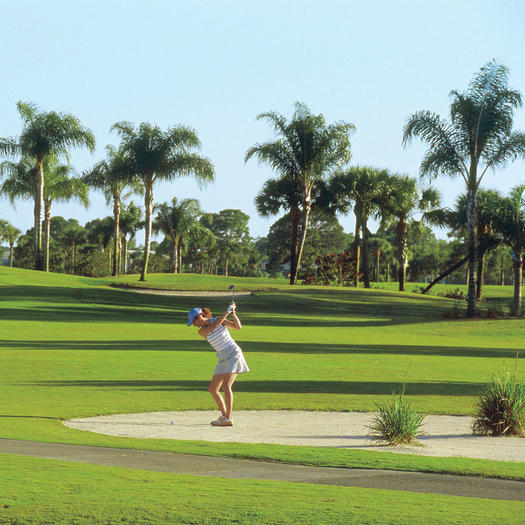 It’s considered the largest sports school in the world, and you don’t even have to leave the U.S. to get your sweat on. Stay at the all-inclusive Club Med Sandpiper Bay in Florida and not only will you be able to get lessons from top instructors in trapeze, golf, tennis, and beach volleyball, but you’ll also get your fill of land sports (think basketball, football, volleyball) and splash around in the water too (oh hey, paddleboarding, wakeboarding, water polo). Best part: Nearly all of it is included in your stay for no additional charge, so the hardest part will be coordinating your schedule to fit it all in. 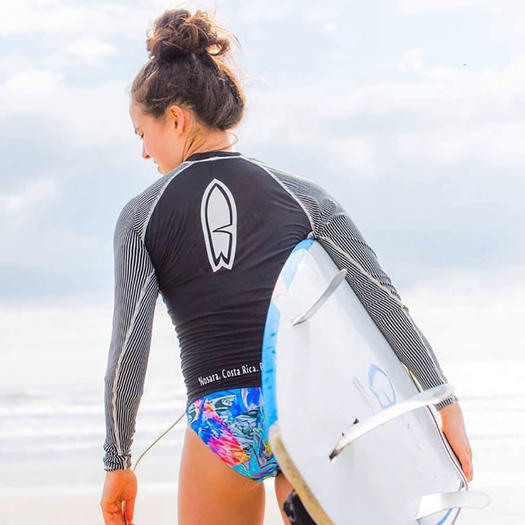 If you’re already dreaming of your next warm-weather getaway, make it a retreat with Surf Yoga Beer, a New York-based adventure company that’s all about—you guessed it—surf, yoga, and beer. If you want more of a quick trip, opt for one of their weekend sneak-aways, like apple-picking yoga or beach-based boot camp. Ready to really escape? Try one of their go-big trips, like upcoming excursions to Sayulita, Mexico, or the Amalfi Coast in Italy (yeah, seriously). Snow more your style? They have a trip planned to Crested Butte, Colorado, where you’ll swap the surfing for skiing or snowboarding, then wind down the day with some brews in a bubbly Jacuzzi looking straight at the mountain. Ahhh, bliss.

Bust Out the Baseball Bats 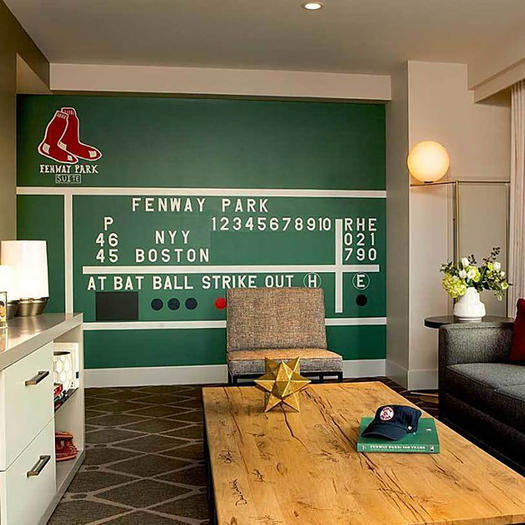 They may not have won the World Series, but it’s been an iconic year for Red Sox fans (and any baseball fan, TBH): Big Papi, aka David Ortiz, is retiring. If you weren’t able to see his final game in Fenway, don’t fret—a stay at Hotel Commonwealth, the official hotel of the Red Sox, will help you relive all the good memories. Book the new Fenway Suite and not only will you receive a baseball mitt for catching fly balls, but you’ll also find a small bag of Fenway Dirt straight from one of the country’s most popular ball fields ready for you to take home. The suite is loaded with unique Sox memorabilia, from an autographed coffee table to original Fenway seats on the balcony. Not a Sox fan? Stay in the Baseball Suite, a room that’s covered in vintage baseball memorabilia. It holds more than 40 classic baseball films you can watch from the comfort of your bed. If you actually make it outside, though, you won’t be far from Yawkey Way—perfect for exploring and soaking up all this sports-centric city has to offer. 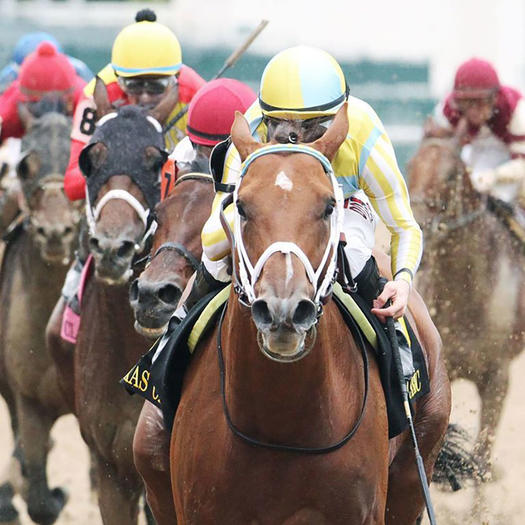 Sure, the Kentucky Derby is held in May, but that doesn’t mean it’s the only month to visit Louisville. Go any time of year and you’ll still find a horse race happening at Churchill Downs (no big hat necessary—unless you want to wear one, of course). Stop by the on-site museum to see the exhibits on winning horses and how Derby fashion has evolved over the years, and wind down your evening at the Galt House Hotel for a born-and-bred Derby experience. If there’s still time, stroll over to the Louisville Slugger Museum and Factory to see a bat-making demonstration for those into baseball. If boxing’s more your style, be sure to visit the Muhammad Ali Cultural Center dedicated to the legendary boxer. 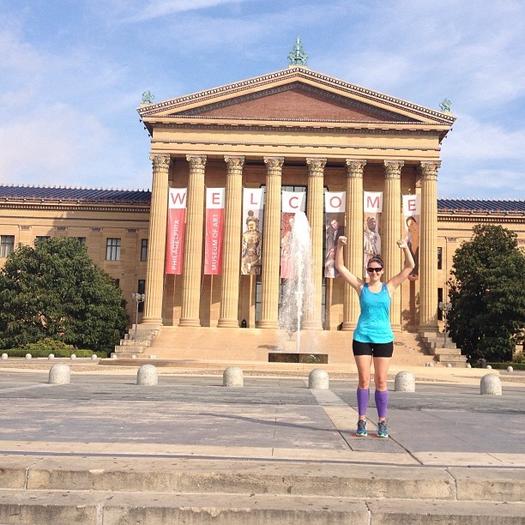 Yo, Adrian! Deemed America’s most sports-crazed city in America by Travel and Leisure, you’re guaranteed to get your fill with a trip to the City of Brotherly Love. After a restful night’s sleep at the Warwick Hotel Rittenhouse Square, head out for a morning run along the Benjamin Franklin Parkway—and don’t forget to play “Eye of the Tiger” when you sprint up the Philadelphia Art Museum steps. There you can snap a selfie with Rocky…or at least the bronze statue that stands at the base of the museum. Shower up and head to Joe Frazier’s gym to see where the legend trained for his victorious bout against Muhammad Ali, then reward yourself with a stop at Geno’s and Pat’s. They’re right across the street from one another, but you’ll need to eat at both to really decide who has the best cheesesteak in town. 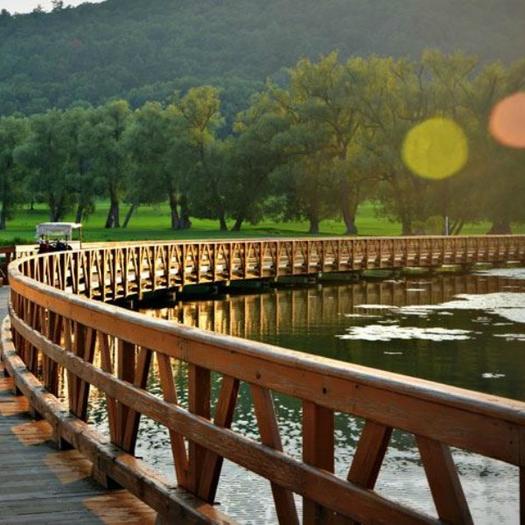 Can’t get enough of America’s favorite pastime in the off-season? Head to Cooperstown, a small town in upstate New York that baseball is said to have originated from. The Otesaga can serve as your home base, and if you book their Double Play Package you’ll score tickets to the National Baseball Hall of Fame, complimentary breakfast, and an authentic logoed baseball bat to bring home. Once you’re through exploring the history of baseball, stop over at Doubleday Field and the Heroes of Baseball Wax Museum before making your way to Ommegang Brewery for a sampling of all your favorite Belgian-style brews.

Feel the Need for Speed 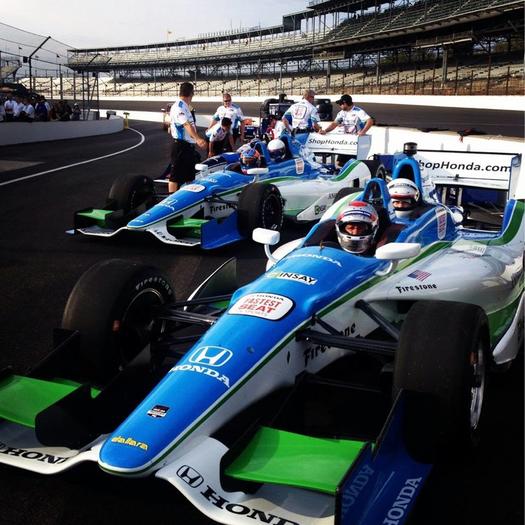 Slide behind the wheel of an IndyCar for a high-speed ride around what is arguably the world’s most famous track and we bet you’ll want to “Kiss the Bricks,” just like Brickyard race winners have done since 1996. After you set your adrenaline sky-high, basketball fans can come on down to relive the “Milan Miracle of 1954” at the Milan ’54 Hoosiers Museum and the Hinkle Fieldhouse, where the historic high school game was played (and where most of Hoosiers was filmed). Be sure to stop for dinner at St. Elmo Steak House, where you’ll be surrounded by photos of the hundreds of athletes and celebrities who have dined there since its 1902 opening.

Things to Do In Cancún, Mexico, That Have Nothing to Do With Tequila Shots